/content/forge/us/en/search-results.html
Scheduled Maintenance We have scheduled maintenance on 5th September from 8.00 PM EST to 9.00 PM EST. During this time, the website will be unavailable. We apologize in advance for any inconvenience. 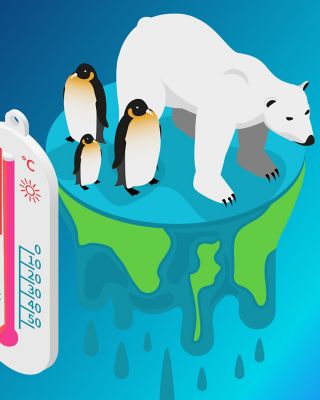 How To Be A Climate Optimist

How To Be A Climate Optimist:

Organizations have more power than they think. Their actions (or inactions) can impact much more than just their own P&L, sales goals or even their industries.

They can actually help save the planet. Commercial buildings represent about 36% of carbon emissions across the globe. That’s a stunning stat, no matter how you look at it.  One can either look at that as an overwhelming responsibility…or a fantastic power.

We choose the optimistic approach.

We choose to consider that 36% a gift. One we all can leverage to help ameliorate climate damage and possibly even help to “turn this ship around.”

We recently sat down with two major league experts from Honeywell and Microsoft to talk sustainability, its related challenges and how to overcome those challenges.

In the process, we gathered some fascinating insights. Let’s take a look.

Aside from having the ability to control 36% of our world’s emissions, commercial building owners have many other reasons to stay optimistic.

With increased pressure from governments and end users, more and more capital spending is being pledged to protect bio-diversity. The same trend holds true for clean energy, with a general increase in funding tracked across the globe. And speaking of global, the final reason we should all feel optimistic and good about our climate changes efforts is… participation.

Countries who have been lagging behind in their efforts to combat climate change are slowly coming around. There are new coal phase-out intentions announced in the Philippines.  At the recent COP26 convention, the PM of India used the opportunity to announce his country’s pledge of reaching net zero emissions by 2070. These are just a few instances of previously hesitant countries that are coming online when it comes to taking action against climate change.

These countries reflect just one of three megatrends we’re seeing around climate change. The first one involves ambition. More and more countries and sectors are showing a willingness to really lean into climate change efforts.  No matter the company size – small, medium or huge – we have seen an increased eagerness to pursue climate goals more effectively.

The second megatrend “has been around action,” according to Michelle Lancaster, Microsoft’s Director of Sustainability, “and that has been at a company level, at a sectoral level and a multi sectoral space.” In other words, companies are prioritizing execution and moving from pledge to performance.

Finally, the third megatrend focuses on emerging regulatory pressure. That pressure, according to Lancaster, is “particularly acute in the U.K., the U.S. and the EU. Reporting has become mandatory, as some of the rules around carbon taxes and other things start to change.”

A Leader’s (and Partner’s) Pledge

But execution is only part of true change.

You first have to have a plan. A goal. A pledge. Microsoft knows that and so, has committed to some pretty lofty pledges. For instance: they are committing to becoming  carbon negative company by 2030, a water positive company by 2030, zero waste company by 2030, and to protect more land than they use. They are also building something called a Planetary Computer, which will monitor, model and manage the planet’s natural resources.

Other tactics they are employing to fulfill this pledge include:

And finally, they are enlisting the help of their sustainability eco-system partners like Honeywell and Microsoft. Together, we’re finding ways to help our customers reduce their emissions footprint to as small as possible – and as quickly as possible. By helping our customers better leverage powerful SaaS solutions like Honeywell Forge Energy Optimization and Predictive Maintenance, we are doing our part in empowering them to contribute to the goal.  This is because our software allows for aggregation of data, plug and play design and access to near real-time data. All of which enables organizations to pivot quickly and reduce energy consumption much, much faster.

The key thing to remember about this crisis, and this pledge, is that we’re all in it together. Only by coming together as a team of software solution providers, business partners, clients and caretakers of our planet… will we be able to save it.

So take action! How? We’ll show you. We recently co-produced an informational webinar called “Accelerate the path to sustainability: Perspectives from Honeywell and Microsoft “. In it, the Microsoft Director of Sustainability Michelle Lancaster and the GM of Sustainability for Honeywell Building Technologies Youssef Mestari walk through everything from emerging trends, new sustainability technologies and most importantly – practical steps for overcoming common challenges.  Watch it on demand now!